Skip to main content
It looks like you're using Internet Explorer 11 or older. This website works best with modern browsers such as the latest versions of Chrome, Firefox, Safari, and Edge. If you continue with this browser, you may see unexpected results.

This guide serves faculty, staff, and students in improving and supporting instruction and learning in various learning environments (e.g., face-to-face, hybrid, and fully online). This represents our effort to share our knowledge with you.

Contact the instructional design team if you have a technological integration question for your online, hybrid, or face-to-face courses. See contact information in the sidebar. Open a ticket via SchoolDude Incident and select either LMS for learning management system (enrollment or technical issue with Schoology), Online Class (need help with Gradebook, etc), Surveys, or Training from the menu provided. The Spring Hill College (SHC) Help Desk is assigning these tickets to us. We endeavor to resolve your issues in a timely manner.

Instructional design (ID) encompasses a wide array of activities to improve human performance, learning, products, processes, and overall return on investments. ID includes the use of research, theory, and common sense. Instructional designers work closely with organizations and subject matter experts to solve problems, determine needs, improve outcomes, and/or find opportunities through systematic analysis and model-based approaches. For example, before producing a learning object, designers will systematically break down the skills, subskills, and entry-level skills of a learning task for analysis to inform design decisions. ID includes the full spectrum of analysis, design, development, implementation, and evaluation of a systems approach method.

The instructional design process utilizes critical thinking, expert knowledge, best practices, and technologies to improve an organization either system-wide or in discrete work units. Technology refers to any tool, software or hardware, or process. For example, simple writing tasks can be improved with an ergo-dynamic fountain pen, desk, and workstation. From this example, even a pen is considered technology. It’s the role of the instructional designer to take all matters, including potentially insignificant ones like a writing tool, into consideration when developing a plan of action for intended outcomes. 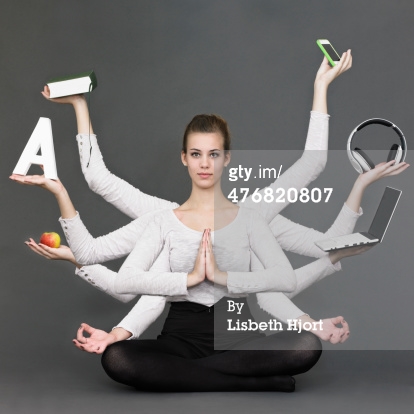 Dwight Spivey is the Educational Technology Specialist at Spring Hill College. Dwight served in the ranks of the corporate world for nearly two decades after studying computer science at USA and Auburn. He worked for XANTE Corporation as a marketing analyst and Mac administrator before moving on to Konica Minolta (formerly QMS). He held several titles at Konica Minolta, including Mac administrator, level III engineer (creating and maintaining print drivers and utilities), and product manager for KM's Optimized Print Services division.

Dwight is also a published technical author and editor, having worked for publishing giants McGraw-Hill, Wiley, and Penguin / Random House / DK. Represented by Waterside Productions, Dwight has authored 18 titles, such as the bestselling How to do Everything Mac (several editions for McGraw-Hill), Home Automation for Dummies (Wiley), Idiot's Guide to Apple Watch (DK), and his most recent book, iPhone for Seniors for Dummies (Wiley). In addition to his own writing, Dwight has also edited more than 10 books for other technical authors, such as Guy Hart-Davis and Bobbi Sandberg. His technical interests include all things Apple, desktop and mobile operating systems, wearable tech, software and apps, and smart home automation.

Dwight is married to Cindy, and they have been blessed with four fantastic children: Victoria, Devyn, Emi, and Reid. The family lives in Mobile, Alabama and are members of St. Dominic Catholic Parish, where Dwight is also the sitting Vice Chairperson for the St. Dominic Catholic School Advisory Board.