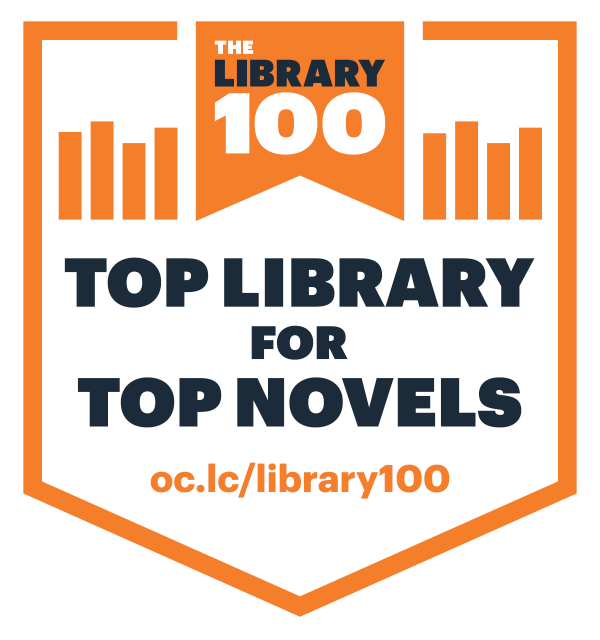 ​OCLC, a worldwide library cooperative, of which Spring Hill College is a member, recently released The Library 100.  The Library 100 is top 100 novels of all time found in libraries worldwide.

In their FAQ for the project, OCLC went into detail on how the 100 title list was assembled:

"How did you rank the novels on this list?

Materials in libraries are described and tracked in WorldCat in two ways. Any specific work of literature, music, art, history, etc., has an associated catalog record. This describes the item in a general sense. Every copy of the same book, for example, shares the same record. WorldCat also tracks library holdings, which indicate that a specific library has (or holds) at least one copy of that item.

The Library 100 is based on the total number of holdings for a specific novel across all libraries that have registered that information in WorldCat. When a library tells OCLC, “We have a copy of that book available,” that counts as a holding, and in the case of The Library 100, counts as +1 toward its ranking on the list.

It’s important to note that many types of libraries from all over the world use WorldCat, not just public libraries. That includes college and university libraries, school libraries, government libraries, law libraries, medical libraries, and other “special” libraries such as those for museums or private corporations. This list represents not just what is popular in public libraries for reading today, but what universities and schools keep in their collections for teaching, research, and literature studies.

In many cases, the novels on this list have been translated dozens of times; The Little Prince, for example, is available in 78 languages through WorldCat. In addition, there are often hundreds or even thousands of editions and variations of novels. OCLC researchers use a technique called “clustering” to sort through the 2.7 billion items in WorldCat to see if a particular edition of a book counts as a copy of one novel or another.

Please note that this process includes a small margin of error. There are so many editions and versions of books that some will be missed or miscataloged. By and large, though, the relative ranking of these novels is highly indicative of what libraries worldwide have on their shelves. These clustering processes are very thorough, and they’re using data that is unique to libraries and unique to WorldCat.

How did you decide what counts as a “novel”?

We began with a list of everything in WorldCat that counts broadly as “fiction,” sometimes called “works of the imagination.” From there, several sets of known categories were removed, including children’s books, poetry, drama, folklore, comics, short stories, and more. From there, what’s left is much closer to what modern readers would think of as “novels.”

The final list was reviewed by an editorial team at OCLC, as certain works can fall into a “gray area.” Some libraries, for example, might categorize a book as a novel, but others refer to it as a novella or a work of drama. In the end, a very few items simply required us to make a call one way or the other.

We ranked novels—rather than all forms of fiction—because it’s more helpful from a reader’s perspective. When looking for a new book to read, you’d rarely compare it to an epic poem or children’s cartoon book. But it can be useful to compare a fantasy novel from the 19th century (Alice in Wonderland) to one from the late 20th century (Harry Potter and the Sorcerer’s Stone)."

Many of the titles listed on the list are available in Burke Library and the Teacher Education Library at Spring Hill College.  They might make a good summer reading project!

Enter your e-mail address to receive notifications of new posts by e-mail.